Trending
You are at:Home»Sin categoría»Investment in the hotel industry reached a record €4.810 billion in 2018, 23% more than in 2017
By LookOut on Wednesday January 16th, 2019 Sin categoría, Tourism Insight

The tourism sector in Spain, far from suffering a crisis, has broken a new record: this time, with regards to the hotel industry. The sector generated 4.810 billion euros in 2018, 23% more than 2017 and is the largest figure ever recorded according to the market study conducted by the consultancy agency Colliers, which has been reported by Agencia EFE.

Miguel Vázquez, Director of Strategy of the consultancy agency, today attributed this upturn to the “high investor pressure” in the market.

Forecasts for the coming year predict the greatest international hotel investment to occur in the holiday sector, with a “correction” of the market on an operational level, a “more normalised” environment and a “significant” investment in repositioning. 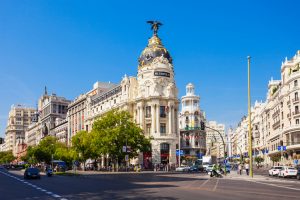 In 2019, the main destinations for investors will be the Balearic Islands, the Canary Islands and Madrid.

In 2018, the transaction between existing hotels represented an investment volume of 4.590 billion euros, with 273 establishments. Compared to 182 in 2017, this entails an increase of 33.9%.

Regarding the conversion of property for hotel use, 2018 saw a drop from the 2017 investment figure of 60.1%, with 17 operations compared to 20 the year before.

In terms of land investment for the development of hotels, the figure for 2018 stood at around 68 million euros, with 9 closed operations. There were 12 such operations in 2017, representing a 30.1% decrease.

A significant upturn was recorded in the two archipelagos (46%), with a notable drop in investment in Barcelona and Malaga, with each city receiving 50% less investment compared to 2017.

The study attributes the decreased investment in the hotel industry in Barcelona (232 million in 2018 compared to 422 million in 2017) to the political situation in Catalonia.