Trending
You are at:Home»Taste it»The most famous Japanese dishes
By LookOut on Thursday July 18th, 2019 Taste it

Japan’s gastronomy and typical dishes are a genuine reflection of the country. The country’s history, changes and political and social transformations have had a strong influence on the way in which Japanese people prepare and cook their ingredients.

Japanese gastronomy traces back centuries and reflects the culture and traditions of the country’s society. During the Ancient Age, Japan was strongly influenced by imperial China, a neighbouring country from whom they imported two of the most commonly-found elements found in modern-day Japanese cuisine: chopsticks and soy sauce.

It was until the 5th century AD that Japan’s Buddhist religion meant that the country’s population were prohibited from eating beef, as cows were considered to be a sacred animal. Green tea, sake (rice liquor) and tofu became popular during this era. In the 8th century, with the arrival of Zen Buddhism, a strictly vegetarian diet was imposed over the population.

The most important aspect of Japanese cuisine is the freshness of its ingredients: particularly the seasonal fruits, vegetables and fish. For this reason, it is fairly common for Japanese people to go to the market on an almost daily basis to buy the ingredients required to make their food. 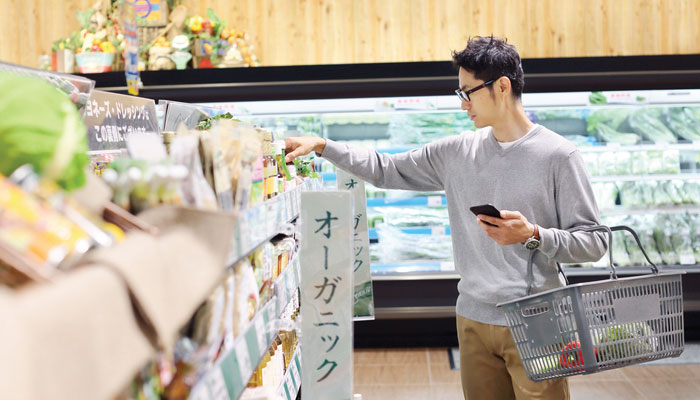 Another relatively important and intriguing characteristic of typical Japanese meals is that the ingredients are only cooked for a short amount of time, aiming to retain the majority of their nutritional properties.

Food is one of the most highly-valued things for a Japanese person requiring time and due care. In Japan, it is vitally important for a dish to be aesthetically appealing. The ingredients, therefore, are usually arranged attractively on the plate, in harmony with one another.

Below you will find a list of 10 of the most famous and typical Japanese dishes.

When you are asked to think about Japanese food, the first thing to come to mind will probably be sushi. This dish, based on rice and raw (or slightly cooked) fish or seafood, is absolutely delicious! Hence its long list of fans and followers.

While around the world they are most typically served in rolls, in the West they are normally served as ‘nigiris’: a small ball of rice with the fish served on top.

Another of the most famous Japanese dishes is sashimi, which consists of small pieces of fish or seafood that are cut into thin slices (although thicker than carpaccio), served with soy sauce, ginger and wasabi. 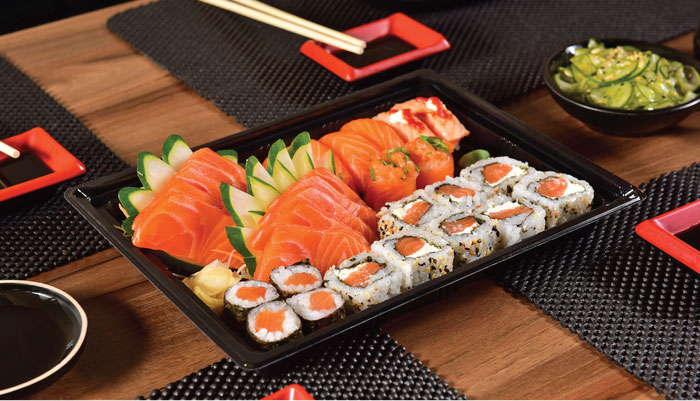 Ramen is a typical soup made with noodles, which are previously boiled in a fish, soy sauce and miso-based stock. Slices of pork and onion are generally also added.

While we’re on the topic of soups, one of Japanese cuisine’s most delicious options is the miso soup, which can be served as a main dish or as a side. It is made with soy dissolved in dashi (fish stock), to which wakame seaweed and tofu are added.

Lastly, and by no means less tasty, we have yakisoba: noodles cooked with meat, seafood or vegetables. Or, if you’re so inclined, you can try it with a combination. 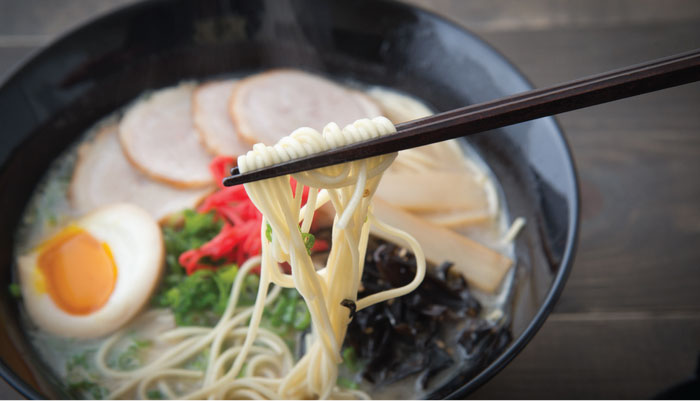 This is referred to as the Japanese pizza, despite the fact that it has nothing in common with the authentic Italian variety. Okonomiyaki is a type of pancake, mixed with grilled vegetables, meat or seafood.

The way in which it is served varies from region to region. However, the most famous versions are the Osaka, Miyajima and Hiroshima okonomiyaki. You’ll need to travel to each destination to try the different varieties! 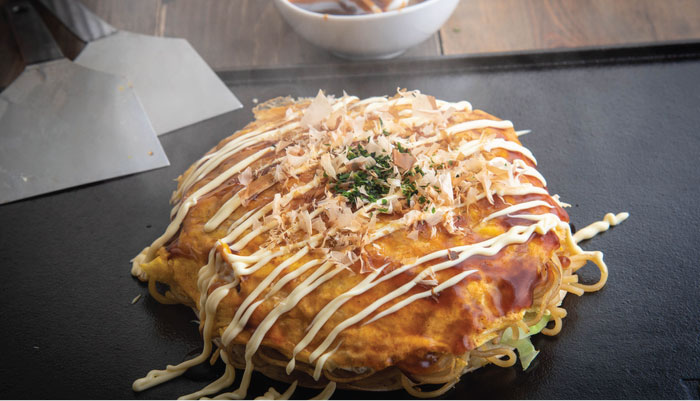 Bento is the term used to refer to takeaway food in Japan. This is because it is healthy, cheap and tasty. It usually comes with a serving of rice in addition to meat or fish.

Due to the way it tastes and the ease with which it is consumed, tourists often eat bentos on train journeys – particularly because this delicious fast food can be found in various shops in each of the train stations. 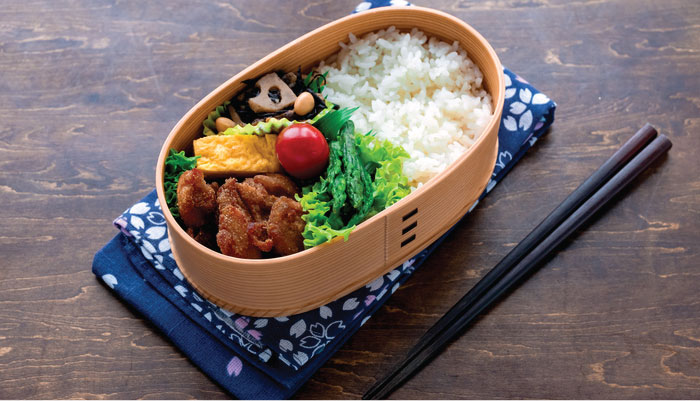 This dish is to Japanese people what tortilla is to Spaniards – they’re obsessed with it! It is a bowl of rice covered with a pork cutlet (called tonkatsu), egg and a sprinkling of other spices, giving it a distinct flavour.

The name ‘katsudon’ derives from the words ‘tonkatsu’ and ‘doburi’, which refers to the bowl of rice. This dish is often enjoyed by Japanese students the night before an exam or important event, with ‘katsu’ meaning ‘to win’ or ‘to be victorious’. 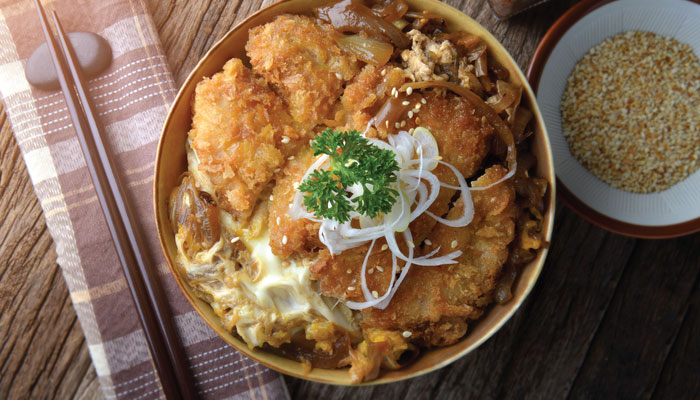 Often referred to as the Japanese curry, this is one of Japan’s most famous dishes.

While it can be made in a huge variety of ways, the key ingredients are rice with tonkatsu, to which this famous curry is added.

This dish is dangerous, as once you’ve tried Kobe beef once you won’t want to try anything else. It’s expensive, but worth every penny.

Kobe beef derives from the capital of a Japanese region that is home to the Hyogo prefecture. Only the wagyus (cows) from this prefecture that meet the highest quality standards are given Kobe status, hence its high price. 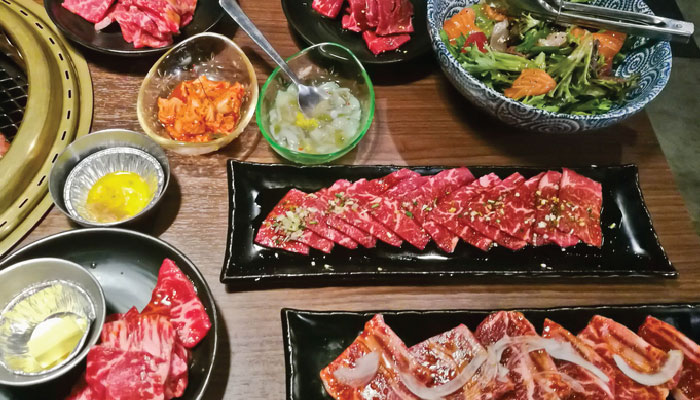 This typical Japanese dish comprises thick wheat flour noodles, served in a stock made from dashi, mirin and soy sauce. The stock and the thickness of the noodles may vary from place to place, but the taste is always delicious. 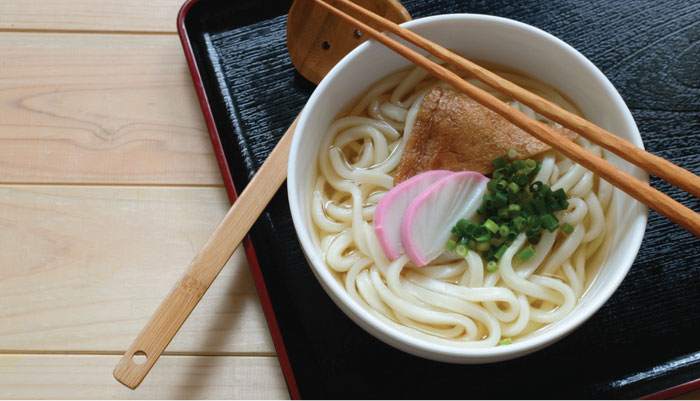 This dish, also known as ‘dashimaki’, is very similar to Spanish omelette. It could be described as an egg-based omelette – sometimes savoury, sometimes sweet – which is served traditionally as breakfast or as a sushi dish.

Tamayoyaki are made with thin layers of fried eggs, rolled up like a trunk, which requires a special rectangular frying pan.

Each family has their preferred way of making it, hence the variety of sweet and savoury options. 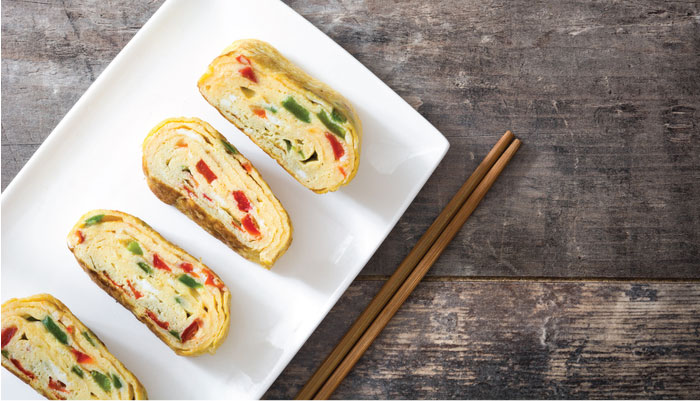 Yakitori is commonly referred to as grilled chicken and vegetable skewers. They are occasionally served with vegetables, covered with a soy-based sauce.

However, each grilled skewer is referred to by the same name, so you’ll need to specify the ingredient that you wish to try. 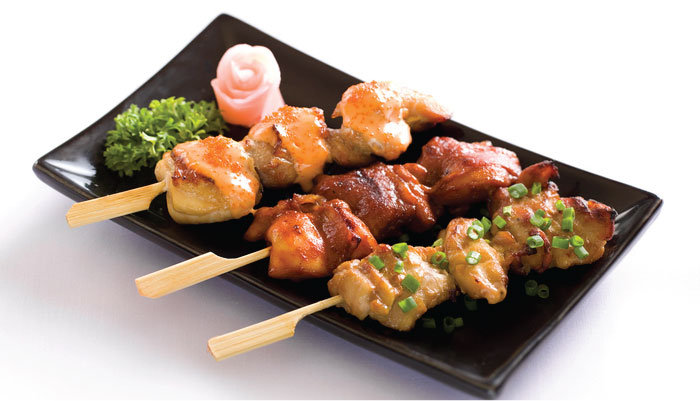