Trending
You are at:Home»Around the world»Travel back in time to the Middle Ages with a trip to Andorra
By LookOut on Wednesday May 29th, 2019 Around the world

With the arrival of the good weather, this is the perfect moment for a cultural visit to Andorra and appreciate the most picturesque spots flagged by the strong medieval roots that have left their mark on the Principality. More than 40 monuments and churches that were built during the eleventh and twelfth centuries are proof of this, and today, most of these are preserved in excellent condition.

Walking around Andorra, it’s almost impossible not to stumble upon spectacular Romanesque monuments. There’s no getting away from the fact that it’s the artistic movement with most presence, and visitors to the Principality don’t have to break a sweat to find medieval treasure like the Church of Sant Miguel d’Engolasters, which dates back to the 12th century and has an impressive bell tower measuring no less than 17 metres in height. 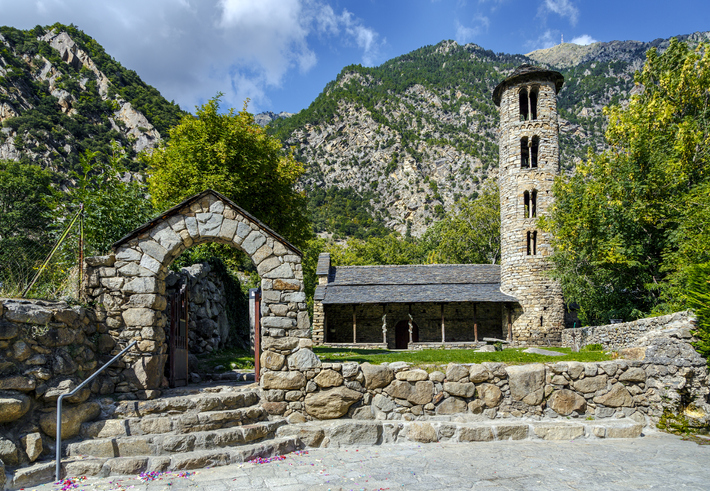 Some vestiges of the time are also found on the routes surrounded by nature. The nine-metre stone bridge, Pont de la Margineda, that spans the river Gran Valira is an exceptional viewpoint to discover the riverside forests and fauna. There are also interesting folk tales, such as the legend of the Cross of the 7 Arms that tells of how the Devil punished seven local boys who joked about his existence, making the Devil so angry that he made one of them disappear. The cross was erected in the place where the boy is said to have disappeared.

The collection of historic buildings and monuments in and around Les Bons in the town of Encamp is a museum in itself. One of the village’s finest monuments is the Church of Sant Romà de les Bons from the 12th century, which houses an old four-storey defence tower, two modern-built dovecotes and a water tank with an irrigation circuit dug out of the mountain rock. This small chapel is built upon a rock and features gothic paintings, reproductions of Romanesque frescos and a stone altar.

Technology at the service of history 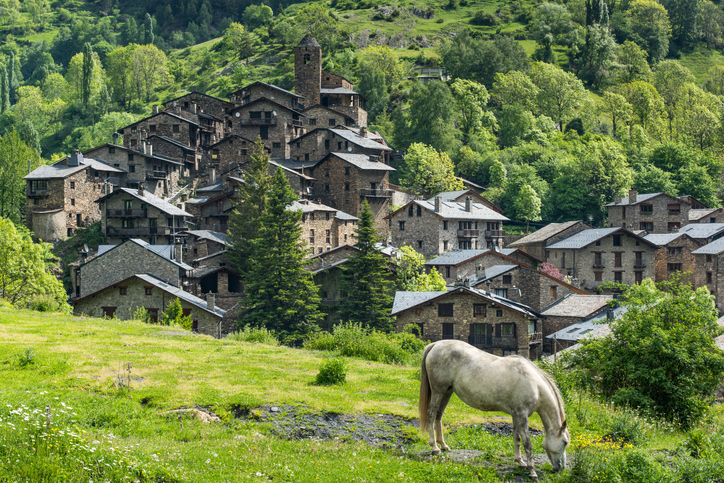 When talking about artworks, the frescos in the Church of Santa Coloma cannot be skipped. The passing of the years has done no favours to the walls of the church, but now through the use of new technology and video mapping, visitors can enjoy the paintings in their original location.

This visual recreation, accompanied by light and sound, projects the murals onto their original location with total accuracy, allowing visitors to truly enjoy them. The frescos of significant value were painted by the Master of Santa Coloma school, which worked as a workshop for nomadic painters who had all received the same training.

Just a few metres from the church, there’s Espai Columba, where we see the original wall paintings along with other religious objects including the oil lamps from the Church of Santa Eulàlia d’Encamp, the thorny cross from Church of Sant Serni de Nagol, the Christ of Sant Marti de la Cortinada, and others.

Other churches have also benefitted from technological advances including Sant Climent de Pal Church, a true jewel of Romanesque Art that can be enjoyed on a virtual tour thanks to Google. Inside, it houses elements of great artistic value such as a baptismal font made of granite and a sculpture of the Virgin of Remei. Another notable feature, this time on the outside, is the double mullioned windows of the three storey Lombard Romanesque styled bell tower. In short, a ‘must’ spot for lovers of this period, its artworks and proper conservation.

Walk in the footsteps of the master smith

La Iron Route is a project that allows visitors to learn about about one of the most important activities of the country in the Pyrenees from the 17th century – metallurgy.

The iron trade played a significant role in the Principality until the end of the 19th century. The route covers all the iron production process, forges, mining and steel works environments.

The 8.4km circular route starts and finishes in the town of Llorts, and you’ll visit particular sites that combine nature and cultural history. This is quite a pleasant walk and suitable for all members of the public.