Trending
You are at:Home»Rebo₂rn»Marbella hosts the best tennis of all time once again at the fourth Senior Masters Cup
By LookOut on Friday September 27th, 2019 Rebo₂rn

The fourth Senior Masters Cup at the Puente Romano Tennis Club begins this afternoon. This year, the Senior Masters Cup in Marbella has taken a clear step to the fore with the presence of two active players and two recently retired ones, which promises a high level of tennis and competitiveness all weekend 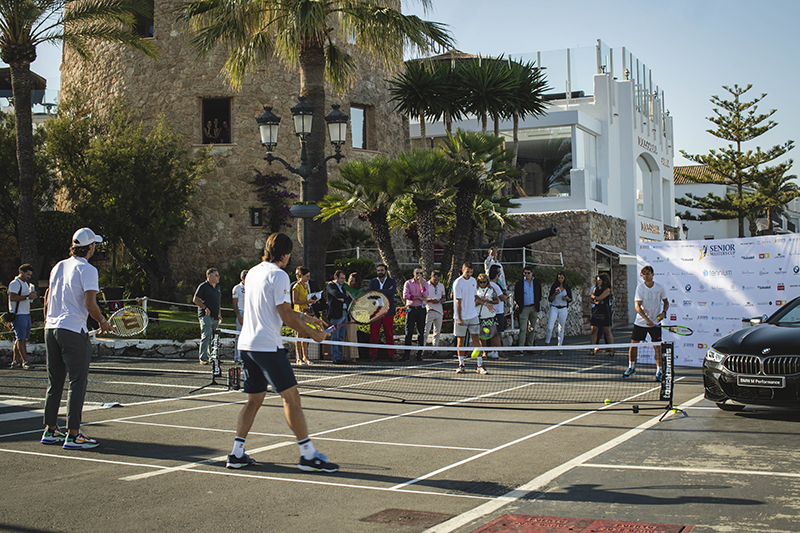 David Ferrer, Feliciano Lopez, Tommy Robredo and Tommy Haas, yesterday presented the tournament at an event in the Club de Mar de Puerto Banús, which was attended by the Mayor of Marbella, Maria Ángeles Muñoz, Marbella’s Sports Councillor, Manuel Cardeña, Director General of the Sports, Isabel Sánchez, Manager of the Puente Romano Tennis Club, Ramón Campuzano, CEO of Puerto Banús, Juan Núñez and Joaquín Ríos, Partner & Executive Director of Tennium, which is the promoter and organiser of the event.

The match between Feliciano López and Tommy Robredo this Friday at 5:30pm kickstarts this new edition of the tournament which has now become a major social and sporting reference point. This first match will bring two Davis Cup champions with many ATP tournaments under their belt together once again, having already played each other five times on the circuit.

“We’ve enjoyed many moments together throughout our career. May the best man win. I’m hoping to beat Tommy Robredo, even if it’s a senior tournament. I didn’t get the chance to beat him at a professional level, so lets’ see if I can do it for the first time here in Marbella. I think it will be a hotly contested match. Tommy is in great shape”, said Feliciano. 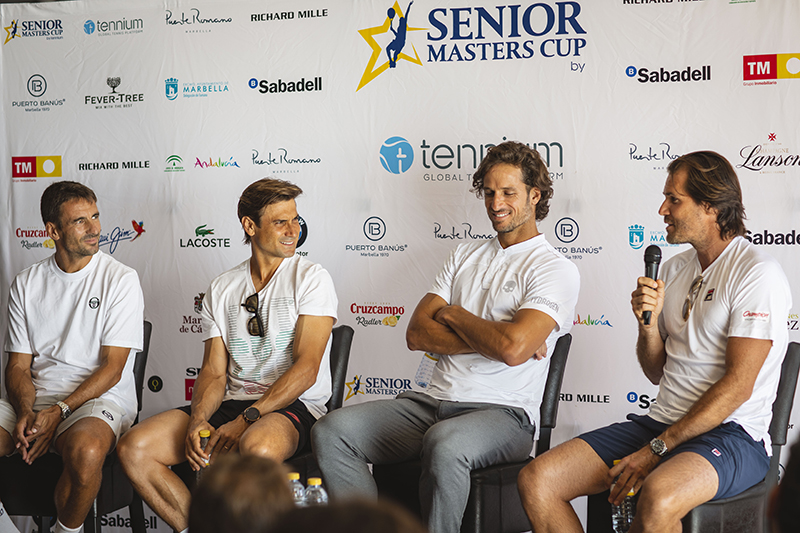 Robredo highlighted the great relationship he has enjoyed with the Toledo born player for many years: “We met for the first time at the Spanish Juvenile Championship when we were 12 years old. I wish we could play more matches as professionals and others like this one in Marbella”.

The second finalist will be the winner of the clash between David Ferrer and Tommy Haas. Two tennis legends who have recently hung up their rackets and still maintain a highly competitive level. This second semi-final will start at 8:00pm.

“It’s set to be a very special tournament. It’s a great edition. Feliciano won at Queen’s and is a world-class player. Ferrer has just retired, but he could still play professionally. And Tommy Robredo is still playing on the professional circuit, I played a few rallies with him this morning, and he’s in excellent shape”.

Ferrer made it quite clear that he’s come to Marbella with ambition: “Like everyone else, I will try to win. You don’t have that extra pressure anymore, but we’re all going to do our best to make sure people enjoy it. It is going to be a spectacular tournament. What more could you ask for, Puente Romano, Marbella and great weather. I encourage everyone to come and enjoy the tennis”.

Both the two semi-finals and the grand final of the fourth Senior Masters Cup will be shown live on Eurosport 2 and Eurosport Player.

Seventy-one consecutive Grand Slam tournaments, singles and doubles titles at Queen’s and his match against Medvedev, finalist in the third round of the US Open, make up this letter of introduction with which Feliciano López lands in Puente Romano.

Tommy Robredo also arrives in good form. At 37 years of age, he’s still playing on the professional circuit and has won three Davis Cups, a Hamburg Masters Tin 2006 and 11 ATP tournaments, including the 2004 Godó.

The Senior Masters Cup is one of the last opportunities to see David Ferrer compete at a professional level. The Valencian retired from tennis after the 2019 Mutua Madrid Open and Puente Romano is delighted to welcome him for his third reappearance since he stepped aside from the professional circuit. 27 ATP tournaments and three Davis Cups show beyond doubt that Ferrer is an authentic legend of Spanish tennis.

The splendid line-up to this competition is completed by Tommy Haas, who retired in March 2018 but continues to compete in different events. The German tennis player is currently playing the ATP Champions Tour – the circuit of tennis legends – which ensures his level of fitness for playing at the Senior Masters Cup in Marbella. During his 22 year career, Haas won 14 ATP tournaments, an Olympic silver medal and was world No.2 in 2002.