One of the most impressive and attractive places when visiting Cancún and the Riviera Maya is undoubtedly the Cancún Underwater Museum in the heart of the Mexican Caribbean between Isla Mujeres and Cancún.

When it comes to long-awaited holidays, we’re always on the lookout for new experiences that will make our trip more of an adventure than anything else. Founded in 2009, the MUSA (Cancún Underwater Museum) contracted the British artist Jason deCaires Taylor to create the entire collection of underwater art. It opened in 2010 and since then has been generating more than $30 million annually in tourism by showing the 500 sculptures on display to the world. 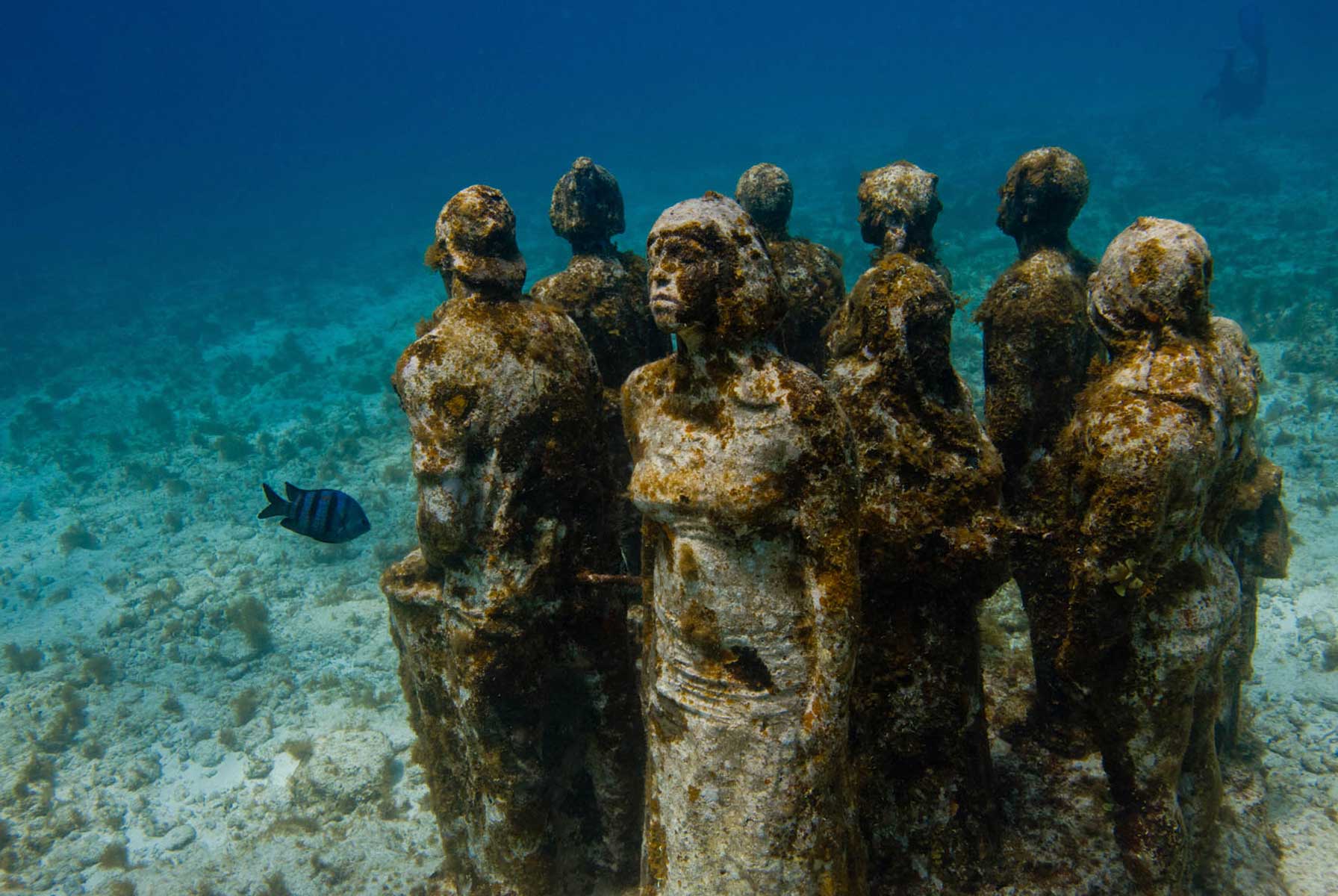 Besides being an art museum, the ultimate aim was to regenerate part of the Mesoamerican Reef after Hurricane Wilma in 2005. It should also be noted that this is the second largest coral reef in the world after the Great Barrier Reef in Australia. The Mesoamerican Reef is also the most important reef in the Western Hemisphere. Its ecosystem, which stretches over 1000 kilometres from Mexico down to Belize, Guatemala and Honduras, is home to 60 species of coral, turtles, manatees, whale shark and hundreds of fish and other marine life.

Jason de Caires Taylor, the artist responsible for most of the installations is well-known for his underwater works. He’s a tireless advocate of sustainable art, and all his works have this principle at their core. He also created some sculptures for the underwater park of the coast of Grenada. 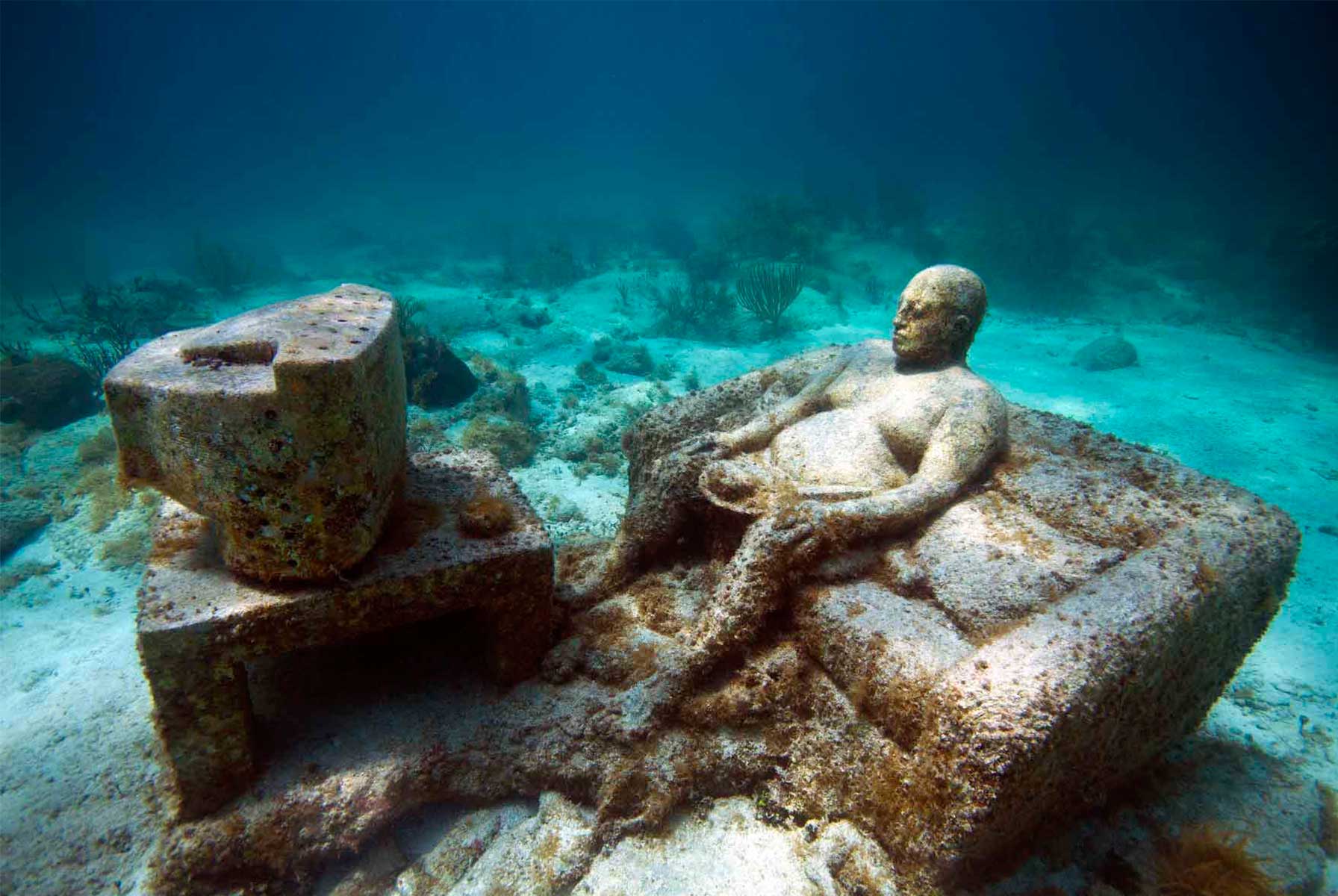 Other artists with pieces in the MUSA include Karen Salinas Martínez, a graduate of the National School of Plastic Arts (ENAP) at the National Autonomous University of Mexico (UNAM), the economist Roberto Díaz Abraham, who studied for a Master’s degree at Boston University, graphic designer Salvador Quiroz Ennis and Rodrigo Quiñones Reyes, a graduate of the Yucatán School of Visual Arts in Mexico.

All the sculptures were designed using sustainable materials with holes, so they form part of the marine ecosystem and eventually become a home to different kinds of fish. The museum is divided into three galleries: Manchones, Punta Nizuc and Punta Sam.

Visitors interested in the museum can book a diving or snorkelling tour in Cancún. Remember that this wonderful tourist attraction is only 50 minutes away from BlueBay Grand Esmeralda***** and you can take a taxi or a bus from the entrance to the hotel.

This is a visit not to be missed and something that will leave you with memories to last a lifetime.