Trending
You are at:Home»Taste it»Martín Berasategui opens the 50 Seconds restaurant in Lisbon this October
By LookOut on Thursday June 14th, 2018 Taste it

Spanish chef, Martín Berasategui recently presented the 50 Second restaurant in Lisbon that will open next October at a height of more than 120 metres at the Myriad Hotel in the Vasco de Gama Tower in the Portuguese capital.

The restaurant, arising from an agreement between Berasategui and the Portuguese hotel group SANA, will seat 35 people and owes its name to the length of time it takes for guests to get from the ground floor to the dining area in the elevator.

During his presentation, the Basque chef said he’s facing “one of the biggest challenges” of his career and “a dream come true”.

For Berasategui, Portugal is a “temple of raw materials”, and Portuguese cuisine is now “in its finest moment” since he began his career more than four decades ago.
The team working at the restaurant will be led by Filipe Carvalho, one of the leading names in Portuguese gastronomy at present and will have Maria João Gonçalves as the head pastry chef, Inacio Loureiro as head waiter and Marci Pinto as sommelier. 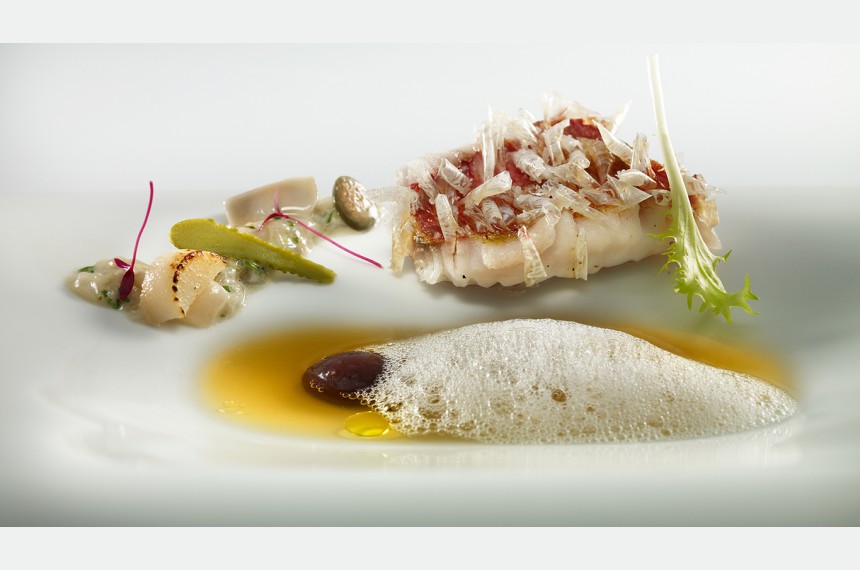 The chef defined his team as “young and with pedigree” and “eager to do great things” in the new space that will combine tasting menus and à la carte dishes with Portuguese products featuring prominently on the menu.

Berasategui said that the main goal is to continue to enjoy cooking as he’s been doing since his first day working in the kitchen of his parents’ restaurant. He also made no secret about his desire to get a Michelin star in Lisbon, which would be his ninth: “It will be great if they give us one, and if they don’t, we’ll keep working until we get it,” he added.
SANA’s brand manager, Pedro Miquel Ramos, explained that the restaurant is part of a three million euro investment that will also include the creation of a new viewpoint in the tower, but for the moment the opening date is not set.

Regarding the new dining place/gastronomic space, he said “it wasn’t difficult” to choose Berasategui to lead the project, and he was/is looking to get not only a leader in Portugal but also one that “looks on the world”.